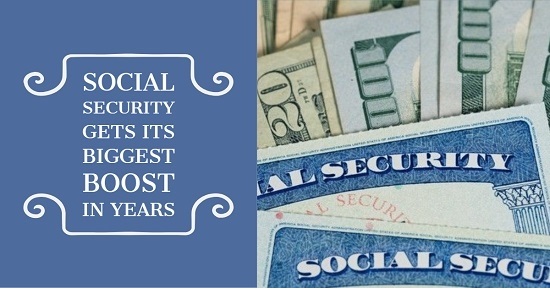 Social Security Gets Its Biggest Boost in Years

Seniors will see their retirement benefits increase by an average of 2.8% in 2019.

In October of 2018, the Social Security Administration announced that Social Security and Supplemental Security Income benefits for more than 67 million Americans will increase 2.8% in 2019. From the press release:

Some other adjustments that take effect in January of each year are based on the increase in average wages. Based on that increase, the maximum amount of earnings subject to the Social Security tax (taxable maximum) will increase to $132,900 from $128,400.”

Is the 2.8% Raise Enough?
The short answer is: it depends on your perspective.

On the positive hand:

On the Other Hand
According to the 2018 Social Security Loss of Buying Power Study recently released by the Senior Citizens League, Social Security benefits have lost 34% of buying power since 2000.

The Study found that in the most recent calendar year, there was a significant one-year loss of 4 percentage points in buying power, with the loss increasing from 30% to 34% from January 2017 to January 2018. And this loss occurred even though Social Security benefits received a 2% COLA for 2018.

The Study further documents that the reasons for the loss of purchasing power are mainly due to rapidly rising housing and medical costs, especially heating and Medicare Part B premiums. From the Study:

“In 2018 with a 2% COLA, retirees with a Social Security benefit of as much as $1,288 per month found that the entire boost was taken by rising Part B premiums.”

In other words, seniors who are already struggling might continue to do so, even with this 2.8% COLA in 2019. 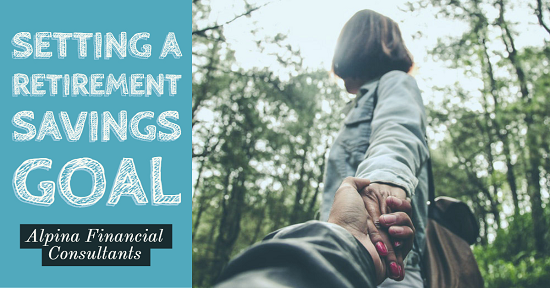 When to File for Social Security
Social Security benefits constitute a big part of many retirement plans. Advice abounds about how and when you need to file. What is best for you and your family?

Generally, you can file for your Social Security retirement benefits when you reach age 62. But doing so will reduce your benefits by as much as 30% below what you might receive if you wait until your full retirement age. Accordingly, most financial advisors recommend you delay filing to better maximize your lifetime benefits.

If you wait until your full retirement age – which is 66 for most people – you will get your full benefit. Or you can wait until age 70, which will increase your benefit because you earned what is called “delayed retirement benefits.”

In other words, there is no one-size-fits all answer to when you should start receiving Social Security.

Social Security is Only Part of Retirement
It is important to remember that although Social Security plays a very important role in supplementing one’s retirement income, it was never meant to be the only source of income.

In fact, even the Social Security Administration states that Social Security benefits will – at best – cover about 40% of the typical worker’s pre-retirement income. But the key word is “typical” because everyone is different.

And to make matters more dire, those contemplating retirement – which is everyone – should know that Social Security has a funding issue: by the year 2034, the Social Security trust fund will be at $0 and will only collect enough taxes to pay about 79% of scheduled benefits. In other words, your retirement might be somewhat dependent on Congress stepping in to fix this shortfall.

Call your financial advisor to make sure your retirement planning is not dependent on Congress taking action.

This material is prepared for Alpina Financial Consultant's use.